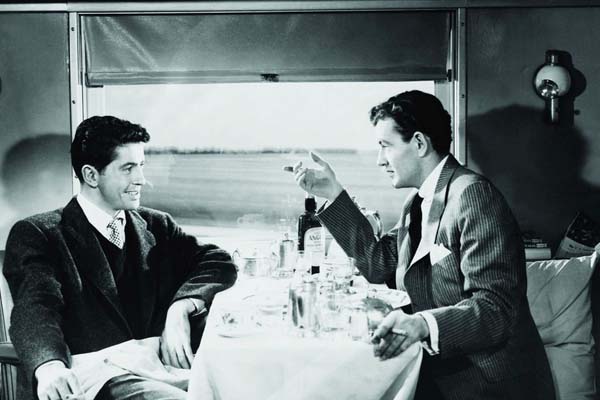 Based on a novel by Patricia Highsmith (The Talented Mr. Ripley) and starring Farley Granger (Rope) and a captivating Robert Walker (in his penultimate role), this inspiration for Throw Momma from the Train is one of Hitchcock’s more grounded films. In it, he explores the recurrent theme of the doppelgänger, which is elucidated through Hitch’s use of mise-en-scene—the composition of elements within the film frame. For this reason and many others, it is definitely worth getting to know Strangers on a Train (1951).