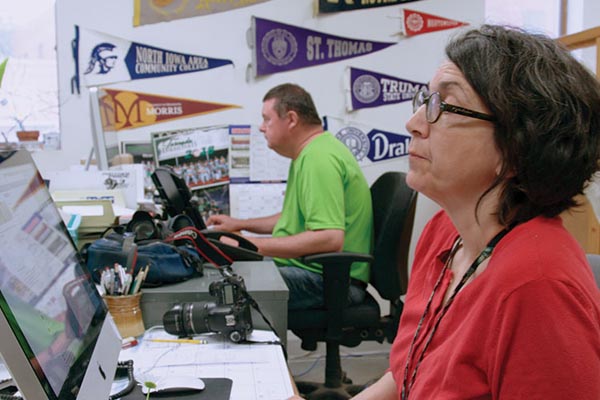 Pulitzer Prize-winning journalist Art Cullen and his family fight to unite and inform their rural Iowan farming community through their biweekly newspaper, The Storm Lake Times – even as the paper hangs on by a thread. Twice a week, they work as civic watchdogs to protect their hometown and the legacy of credible journalism, at large. STORM LAKE, a new documentary film released in 2021, gives an intimate look at their work.

Cullen is an old-school journalist who has dedicated his life to his family’s biweekly paper. In 2017, Art unearthed a conspiracy between Big Agriculture and local county officials that won him a Pulitzer. Now, his liberal voice reverberates in this conservative district in a critical swing state. While he has the power to change minds and rally votes, his pugnacious voice makes waves; disgruntled residents don’t always agree with his point of view and have been known to write him and his paper off, completely.

This film is Not Rated.

Masks are required at all times regardless of vaccination status.
Gettysburg College officials continue to monitor and evaluate evolving public health guidance from the CDC and the Pennsylvania Department of Health. Read the full health and safety policy by clicking here.