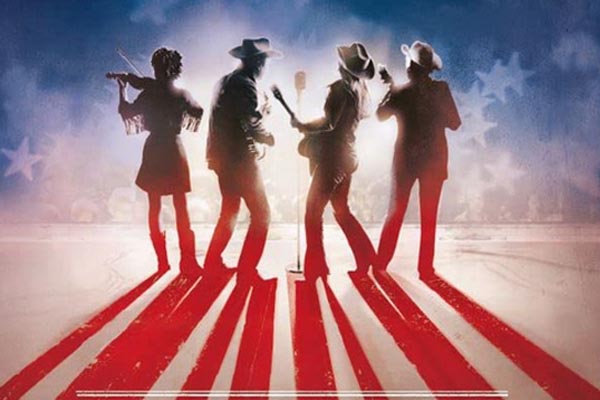 Country Music explores questions — such as “What is country music?” and “Where did it come from?“ — while focusing on the biographies of the fascinating characters who created and shaped it — from the Carter Family, Jimmie Rodgers and Bob Wills to Hank Williams, Patsy Cline, Johnny Cash, Merle Haggard, Loretta Lynn, Charley Pride, Willie Nelson, Dolly Parton, Emmylou Harris, Garth Brooks and many more — as well as the times in which they lived. Much like the music itself, the film tells unforgettable stories of hardships and joys shared by everyday people.

With the Vietnam War intensifying, America is more divided than ever. Country music is not immune to the divisions and, like the nation itself, its stars respond to the conflict differently in their songs. Kris Kristofferson, a former Rhodes Scholar and Army captain, abandons the career his parents have planned and becomes a writer whose lyricism sets a new standard for country songs. Bob Dylan, the Byrds, and other non-country artists find Nashville a creative place to record. And a hippie band from California, the Nitty Gritty Band, comes to town to create a landmark album that bridges the gap between the generations.

Ticket reservations are required for this showing and are not available online. Call (717) 337-8200 or visit 25 Carlisle Street, Gettysburg, PA to reserve your tickets. Use the form available here to plan your festival reservation. Advanced reservation strongly recommended. Please click here for a timeline version of the schedule.